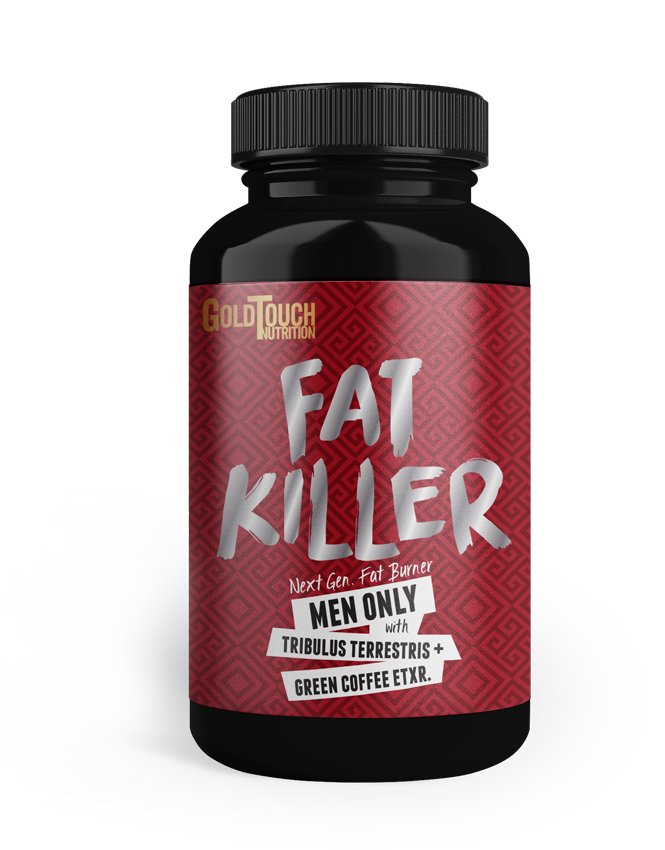 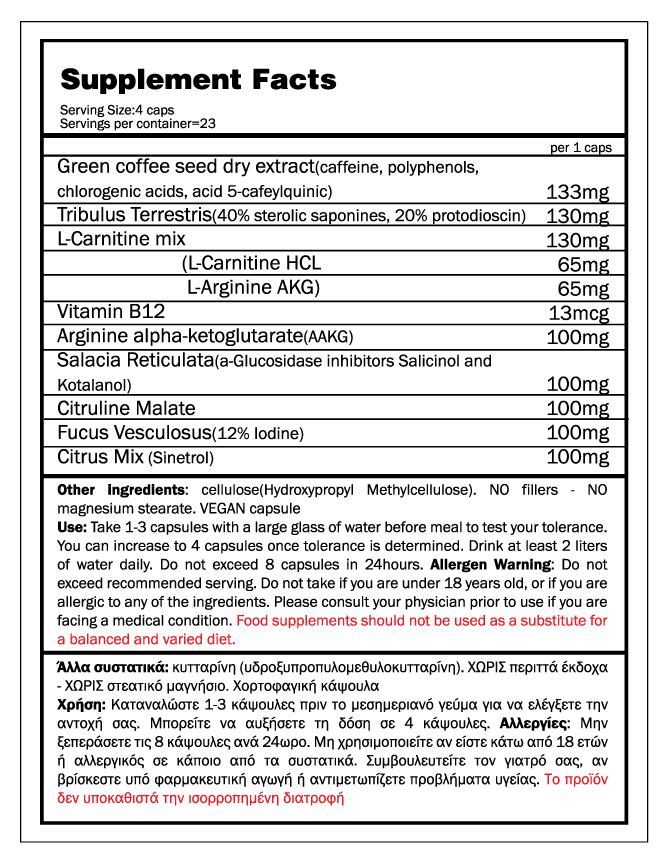 FAT KILLER is among the newest generation of fat burners. Its composition increases metabolism, promotes reduction of excess fat tissue, inhibits hunger feelings and gives a load-full of energy! Fat Killer for Men consists of:

Because it is the ideal formula that could help in reducing the percentage of fat in the male body and could help you to gain a slender, beautifully muscular body shape. Fat Killer for Men:

Take 1-3 capsules with a large glass of water before meal to test your tolerance. You can increase to 4 capsules once tolerance is determined. Drink at least 2 liters of water daily. Do not exceed 8 capsules in 24-hours. Warning: Do not exceed recommended serving. Do not take if you are allergic to one of the ingredients. This product contains caffeine: You should not use this supplement if you are allergic to caffeine, if you are pregnant, or if you have: coronary heart disease, high blood pressure, blood circulation problems, liver disease, kidney disease, a serious infection called sepsis. Some medicines can cause a dangerous decrease in blood flow when used with caffeine. Do not combine with other drugs/supplements.

Talk with us on Messenger